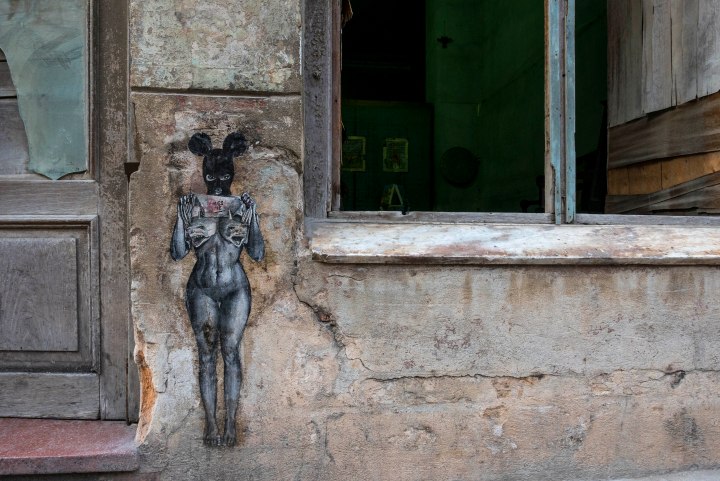 Cuba’s history, of course – by which I mean only its modern history, which we can date back to the first Spanish warships, sailing off the island in the late 1400s – long predates the Revolution.

As Richard Gott explains, in his dry but absorbing Cuba, A New History (published in 2004) there has always been trouble: privateers, conquistadores, slavery, wars and coups, poverty and excess, rebellions and the mafia pock-mark the narrative like bullet-holes in a wall.

Visiting Havana, in this sense, means descending into an archeological dig. At the surface is the Revolution, with its heroic moment, followed by scars and decay: below it there are layers upon layers. Hard-edged or crumbling, you see this most immediately in the architecture. You see it also in the bodies – dark, light, African, European – of the Cuban people, and in glimpses of the culture. The music, obviously, but the art also, and – if we had stayed longer, and if we understood the language – many other manifestations.

These two murals, found in the streets of Habana Vieja – the Old City – give you the idea. The one, with its bold figures, worn but strong, offers a window into Cuba’s history of slavery and its African population; the other, with a hooded woman, her breasts two snaggle-toothed fish, speaks to darker perceptions and other beliefs.

Neither, let it be said, says anything of Revolution. 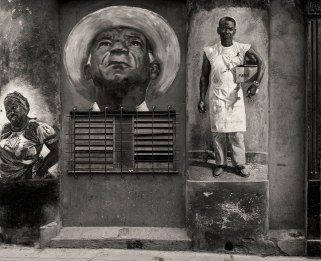 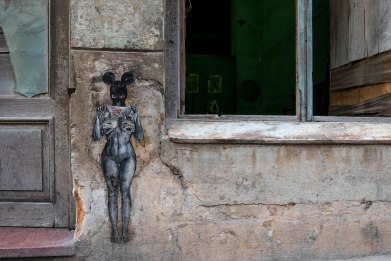