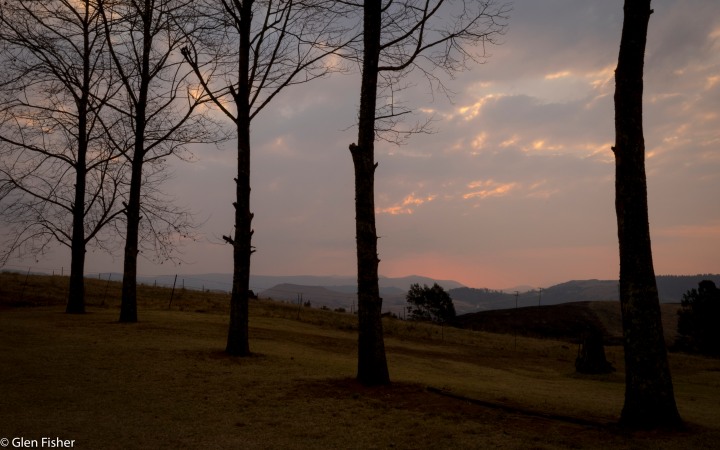 We left Johannesburg on the last Saturday in July, around ten o’clock, for a much-needed break – five nights in the Natal Midlands, followed by three nights in the Drakensberg.

The traffic was light, the day was sunny, the wind was at our backs as we drove across the highveld, stopping at Harrismith for lunch, before descending the escarpment. We turned off the N3 near Howick, not far from Pietermaritzburg, passing the Mandela capture site, of which more in a future post. A short while later we turned off the old Joburg road, the R104, towards the Dargle Valley, and in a moment were enfolded by hills and fields, the road turning and climbing like a roller coaster. Down one precipitous incline and over the Umgeni River – just a stream at this point on its journey – and onto a dirt road that climbed again into the wooded hills. Around a sharp corner, and there rising above us were the gates to Beverley Farm, and our cottage. 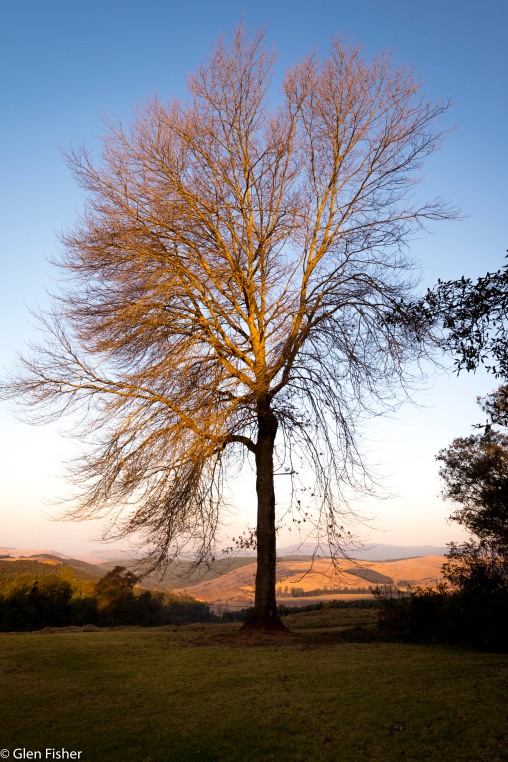 This tree stood at the edge of the homestead, overlooking the valley. As the sun began to set, a sharp diagonal of light cut across it, with the hills in the distance. I grabbed my camera.

Thinking to myself, I want to shoot this again, using a tripod, I took note of the time. It was 5.15. And yet, though I returned to the spot each evening that followed, the light was never the same. There must have been a particular break in the clouds, that first evening, that was never repeated. The moral of the story: when you see the shot, take it.

I like this next shot too, though. The light is not dramatic, or golden, but to my eye there is an almost spiritual calm and tranquillity, a sense of stasis, that works well in black and white. And yes, this shot and the shots that follow, were taken using a tripod. 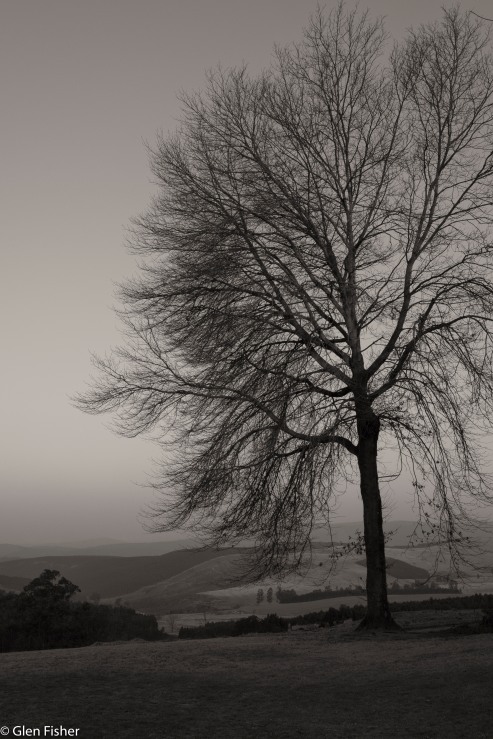 The last shot, of a line of trees, faces into the setting sun; while I can imagine it as a silhouette, I think it works best in colour.