There are common threads.

First up, as a non-professional – someone with a day job, a family, obligations and commitments – how on earth do you create a viable path between the pressures of daily life and the urge to write or the need to make photographs?

How have my ideas about writing and photography, my passion for words and images, been shaped by my family background and personal history – by my parents and grandparents, by where I grew up, when, and with who?

In other words, what are the many conscious and unconscious influences that have shaped me as an apprentice writer or photographer? What debts do I owe?

Not to mention the one big, mysterious and perhaps unanswerable question: why does one choose to write or make images in the first place?

So this is not a blog about photographic gear, lists of photographic do’s or don’ts, tips and techniques – though I may, as the interviewer in me probes, touch on some of these things. It is a blog about image-making, in words and in pictures, and how making images arises from the rich or sandy soils of our lives. My life, in this case.

If life is a journey, so too is the business of learning to write and make photographs. As with most journeys there are unexpected twists and turns, dead-ends and highways, roads not taken and surprising destinations. It’s not a straight road, by any means.

So let’s get on with it.

Interviewer: Let’s start at the beginning. When did you become interested in photography?

Me: I must have been eight or nine, maybe ten. I was given an old Brownie

which must have belonged to my grandfather, and which I never actually used, so far as I can remember. But there it was, with its dusty leatherette covering, its smeary little lens, it’s really very basic construction, and it somehow took up a place on the empty shelf of my imagination.

Later there was a Fuji camera (I think) and a Kodak Instamatic,

also gifts from my grandfather.

Pooch, as we called him, was in the film and photography business. As a younger man he had worked for MGM in South Africa, and he had a watch to prove it. He had gone on to become owner of a cinema in Cape Town, and was involved in establishing one of the first drive-in cinemas in the city. But he was cheated out of the business by his partner – this at least was the story, whispered but not really communicated – that I picked up as a child.

My grandfather went on to establish a small viewing cinema where the Censorship Board would view – and cut – movies before they could be viewed by the public, and one of my enduring memories is of standing in the projection room, turning the dials on the projector to keep the carbon rods that provided the light aligned, while the censors were sitting below busy banning Sidney Poitier in In the Heat of the Night. Which means I must have been about 14 at the time.

Having a camera was one thing, having film was another. And getting the film developed and printed was another thing again. I would be given some film as a present, for birthdays or Christmas; I would (very sparingly) compose, and focus, and press the shutter a few times – and then, when the 12 or 24 exposures were made, I would hand the film to my dad in the hope it would be processed. And that, often as not, was that. By the time I saw my pictures – if I saw them at all – I would have forgotten what was in them, let alone remember how I had taken them.

My grandfather, though, was always taking pictures of us, or shooting home movies – he had a 16mm Bolex

with which he sometimes shot commercial footage. And my dad was a very capable, if conventional photographer. So there were always cameras and photographs – slides, mostly, from my dad’s business trips abroad, and of course family photos – about. I guess that must have had an effect.

Interviewer: Tell me about these images. 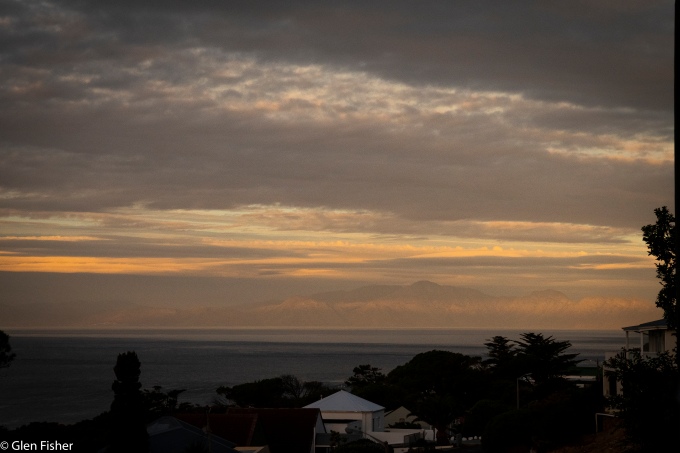 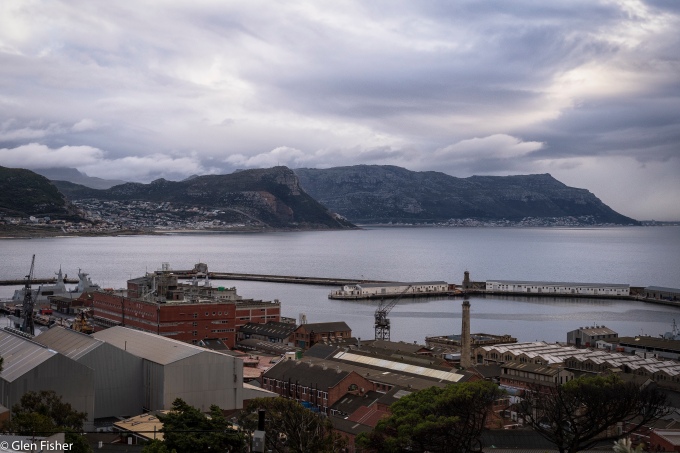 Me: Well, at one level, they’re about a family reunion. My son and his wife and my grandson came out to South Africa from London, just before Easter, my wife and I, my eldest daughter and her son flew down from Johannesburg, and we had a big family get-together in Simonstown, about 40km round the False Bay coast from Cape Town. We rented an AirBnB above the historic naval harbour, and these are the views from our balcony.

But these images of course are also about the light, the sky, the sea, the cloudscapes. As a photographer you want to do more than simply say, ‘we were here. This is what it looked like.’ So you try to choose the moment.

Interviewer: Have you always approached your photography this way? Choosing your moment?

Me: Yes and no. When you’re an amateur photographer, as I am, not a pro, photography is something you have to fit into the rest of your life – growing up, getting married, having children, finding a job, pursuing a career. So your photography changes according to your circumstances, according to which stage of your life you’re in. At least, that’s been my experience.

Interviewer: Are you pleased with these images?

Me: Yes. I think I am. As images go, they’re not what you’d call out of the ordinary. But they are workmanlike, I think, and I worked quite carefully on the post-production, to try to bring out the qualities of the light, and the skies, and lift the images up a bit, without getting into that dreadful over-saturation and over-sharpening that is something of a disease these days.